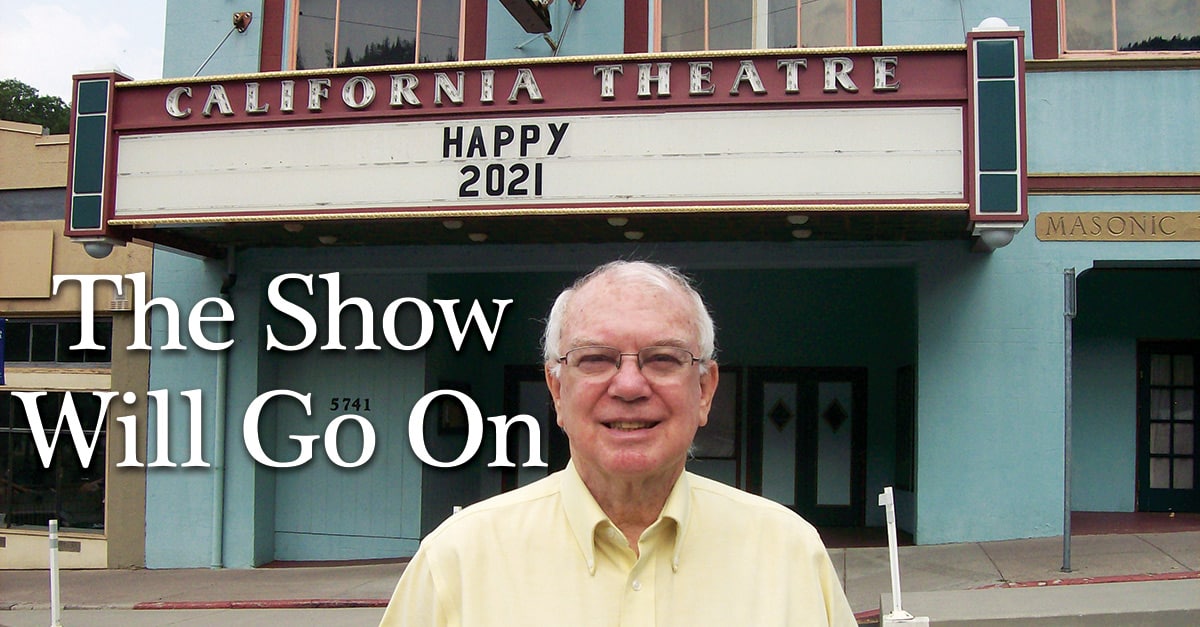 The Show Will Go On

In the days before streaming movies and the internet, going to the movies on a Saturday afternoon was a big deal, especially in a small town like Dunsmuir. “That was about all there was for kids to do in those days,” remembers Bill Stanley, who spent many an afternoon at Dunsmuir’s California Theatre in the 1950s.

The theatre, built by the local chapter of the Masons in 1926 at a cost of $100,000, had become a mecca for the younger set by the 1950s – and a boon to their parents. “It helped mothers get rid of their kids on a Saturday afternoon,” says Mike Wright, another regular at the theatre in those bygone days.

The line of kids waiting to get in to see Commander Cody, the Lone Ranger, The Little Rascals and Hopalong Cassidy often stretched around the corner and to the end of the next block. It was only 20 cents admission if you were under 12, and another nickel to get a box of popcorn.

And of course, kids being kids, they did not just sit there watching the screen. Kids would show up as their heroes, in their Hopalong Cassidy costumes or wearing their Lone Ranger masks, and shoot their cap guns at the bad guys on the screen. Or they would tear up their popcorn boxes into small pieces and pour them, confetti-like, over the person sitting in front of them. The more adventurous ones might climb up the stairs and try to sneak into meetings of the Masonic Lodge.

The mothers in town might have had a brief respite on those Saturdays, but not Mrs. McClintock, the theatre’s manager for many years. She had the unenviable task of trying to keep the kids in line, sometimes having to call their parents to come and take them home. No one interviewed for this article remembered, or perhaps even knew, her first name. She was always the formidable “Mrs. McClintock.”

Some of that youthful energy got channeled into the “Hi-Ho Fun Show” on Saturday afternoons. Kids could get up onstage and sing or play their instruments. There were relay races up and down the aisles, and prizes for the kids who could blow the biggest bubbles with their bubble gum. Claudia Wagner, who worked as an usher there in the late 1950s, remembers, after a little prodding from Mrs. McClintock, getting the courage to up onstage and sing with her brother Tom.

No wonder the California Theatre was a mecca for the town’s kids on a Saturday afternoon – and something they remember vividly to this day.

Memorable too were the movie stars who came to town to promote their films, or who showed up at the train station before they were driven to the nearby Hearst estate, Wyntoon, along the McCloud River – Clark Gable, Carol Lombard, Errol Flynn and the Marx Brothers among them.

The theatre’s history spans the period from live performance and vaudeville to the heyday of the cinema. Although, as witnessed by the “Hi Ho Fun Show,” live performance didn’t disappear altogether from the theatre. Some of the same folks who went to those matinees and talent shows in the 1950s also remember going to performances by rock ‘n’ roll bands in the 1960s.

For the past 18 years, the theatre has been mostly dark. Recently an organized committee of committed residents and business people has pushed to get the theatre open again. This coincides with the city’s enforcement of a new ordinance designed to get vacant downtown buildings, including the California Theatre, fixed up and occupied. So stay tuned: There may yet be a few more chapters added to the rich history of the California Theatre. • 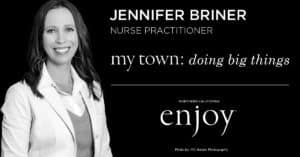 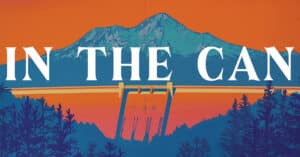 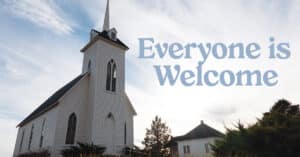