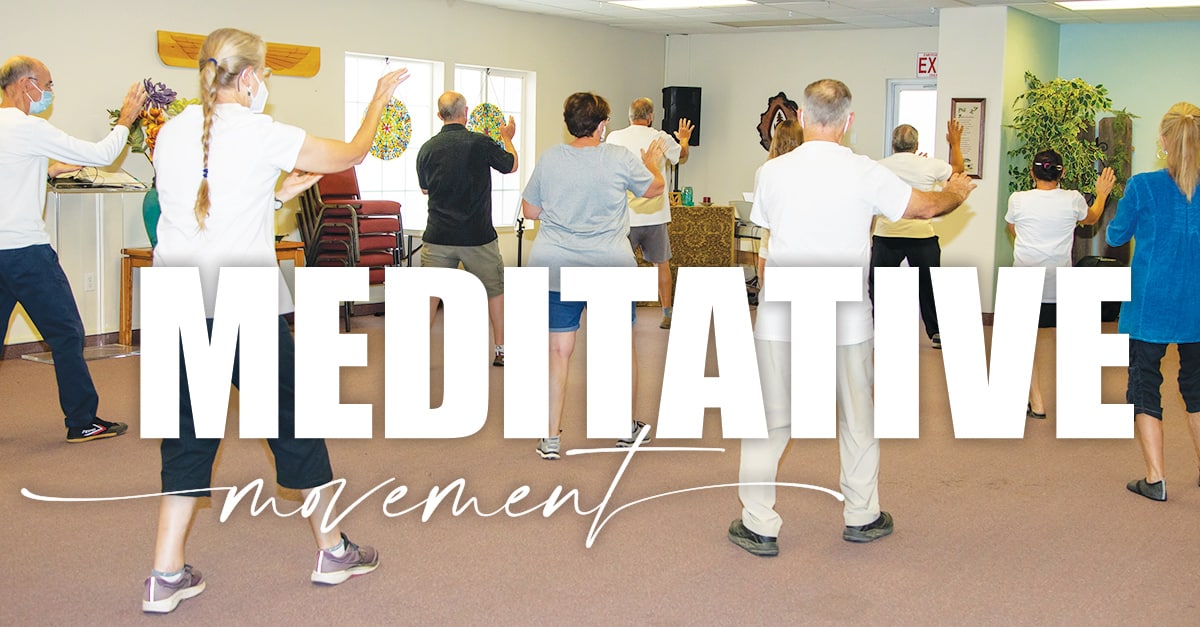 Redding Tai Chi’s online and in-person classes aim to continue the growth of tai chi in the North State. But what is tai chi, exactly? According to Redding Tai Chi founder and instructor, Michel Czehatowski, this ancient practice is based on martial arts and meditation. Though today the martial aspect is less often practiced, there are bountiful health benefits from tai chi. For starters, it focuses less on agility and strength than other exercises, which makes it friendly for all ages. In fact, many people get involved with tai chi later in life because it is such a gentle practice.

“You don’t age out of tai chi,” Czehatowski says. With health-promoting properties like reducing stress and increasing flexibility and balance, research shows that older people who consistently practice tai chi are less likely to suffer from hip fractures. Attending classes also provides the benefit of a friendly community, of which Redding Tai Chi is no exception.

It’s no wonder people practice tai chi all over the world. In the North State, interest has grown, too, and the pandemic didn’t stop the forward momentum. They had to temporarily halt in-person classes, but they pivoted to offer classes online, which expanded the reach of tai chi in the North State. According to Czehatowski, many of the classes he teaches are fully booked and even have waiting lists.

How is Redding Tai Chi making moves to spread the tai chi love? For starters, they host a World Tai Chi Day event at the end of April. The event this year was a success, prompting the group to decide that they wanted to celebrate tai chi with the community more than just once a year. Thus, the North State Tai Chi Festival was born. The free North State Tai Chi Festival is set to be an engaging event for all skill levels. Attendees will rotate between four teachers for a well-rounded experience of teaching styles. The event will also serve as a fundraiser for the Redding Tai Chi Meditation Garden, which would be constructed within the McConnell Arboretum at Turtle Bay.

With the spot picked out and the design complete – the garden will be shaped as a yin-yang symbol, the only one of its kind for public use on the West Coast – the final piece of the puzzle is securing the funds. While envisioned with the intent of tai chi practice, the Meditation Garden will also serve as a space for public use and will not be exclusive to the practice of tai chi. Those interested in yoga can bring a mat to practice in the garden, or come with a friend for a peaceful spot to sit on one of the garden’s benches.

Czehatowski anticipates that the Meditation Garden will be a restorative place for locals and visitors alike to relax and unwind. “Everything in the world has activity – busy, busy, busy – but this will be a place that is nice and quiet.” The goal is to begin construction by 2023.

To raise funds for the project, T-shirts will be sold and donations will be accepted at the North State Tai Chi Festival on October 9 from 10 am to 3 pm at Lake Redding Park. The public is invited.

This event is an excellent precursor of what’s to come in the Meditation Garden – a place where people can gather, practice movement and enjoy one another’s company. •