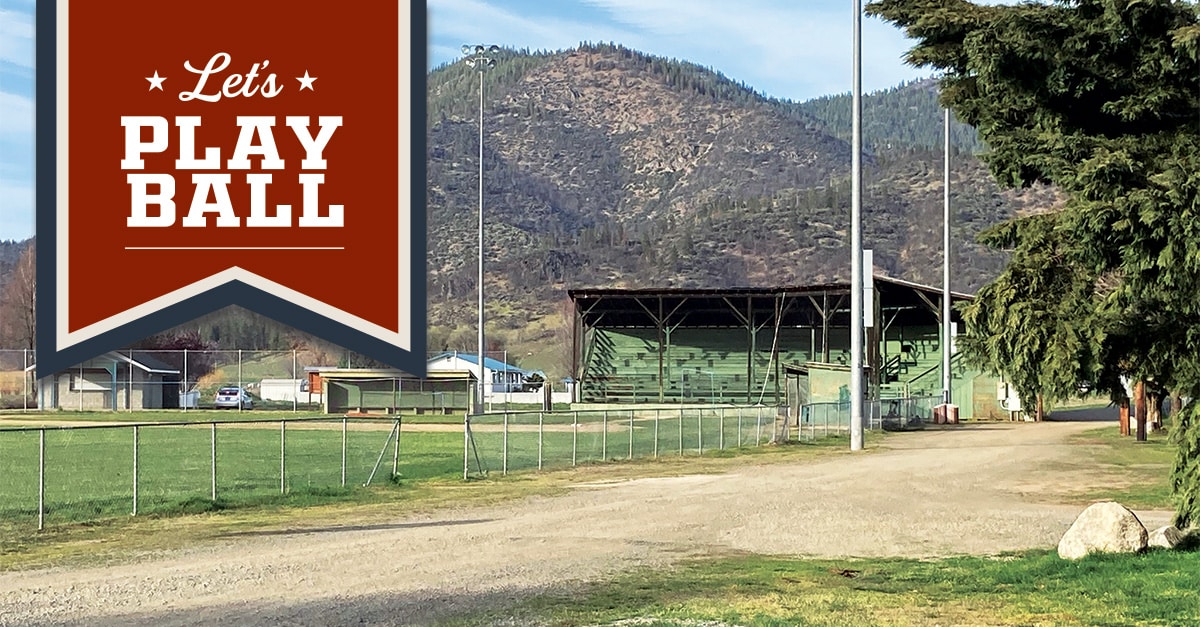 Driving into Fort Jones on Highway 3 from Yreka, it’s hard not to notice the large baseball field and stadium on the right-hand side of the road just before town. Walker Field has been a public gathering spot since just after World War II, and is easily one of the most recognizable landmarks in the community. “I’ve had several people that have since moved to Scott Valley tell me that when they first drove by that ballpark, they said, ‘This is where I want to live.’ I’ve heard that even from people that weren’t particularly into baseball,” explains Butch Bigham, a former baseball player and coach for more than 30 years. Like many in the community, Bigham recognizes the wood stadium’s historic significance in Fort Jones. “It’s obviously not the same as if something like Mount Shasta wasn’t there, but I guess if that ballpark was no longer there, there would be a lot of important town history that would be lost.”

The old-fashioned stadium is a relic of the late 1940s and ‘50s, its massive shade structure built with volunteer hands and lumber donated from the old Eastlick Mill. Bigham recalls, “The field is named Walker because the land was donated by a man named Walker. And the lumber was donated because, of course, there were independent loggers in those days. And then, the ballpark itself was put together by donations and people on weekends working. At that time, there were a lot of skilled people around as far as carpentry and so it was basically a community that came together to build it.” Bigham has always cherished the community aspect of the field and how it has long “brought families together,” but one of his favorite parts of the stadium also happens to be its setting. “It has the background of a mountain behind it, and in the spring, you’d see the snow up in the Marbles back there, so it was really a pretty great view.”

These days, Walker Field is mostly used by Little League players, and the stadium provides kids with something akin to a big-league experience. But that wasn’t always the case. “Back then, we didn’t have Little League or anything like that. The kids learned by hanging around the practices that usually happened on Tuesdays and Thursdays. Once the teams were finished practicing, there’d always be a group of eight or 10 kids hanging around and those guys would work with those kids. That’s what got me going. I ended up going to college and playing at Cal Poly and then coming back and coaching.” Bigham notes that the actual games were played every Sunday, and everyone in the community would come because there weren’t as many “other distractions or things to do as there are now.” Bigham also remembers that the teams were part of the Northern Cal Siskiyou League and were comprised of an assortment of players who held an esteemed place in the community. “The teams were made up of local players and maybe some ex-professionals and college kids. Actually, a lot of college kids would come up and play. And then, if you were a baseball player, you had a job if you wanted it at the mills. They kind of kept jobs open for baseball players. There were a lot of really good local people that played, though.”

While he believes the singular importance of baseball in the Fort Jones and Scott Valley community at large has given way to a multitude of sports and other technological pastimes, Bigham still celebrates what baseball brings to anyone who plays the game. “You don’t get good at baseball without working hard. I think it really develops being less self-centered and more team oriented. That’s what we try to instill when we’re coaching. We always tell the kids, we want you to learn the X’s and O’s, but the life skills are more important than anything we’re teaching you here.”

Bigham also has a heartfelt bit of philosophy behind why he thinks baseball is such a special game. “Baseball’s a game of failure, really. You’re only successful one out of three times, so you have to overcome disappointment. If you give in to failure, you’re finished, and in life, it’s pretty much the same thing.”•