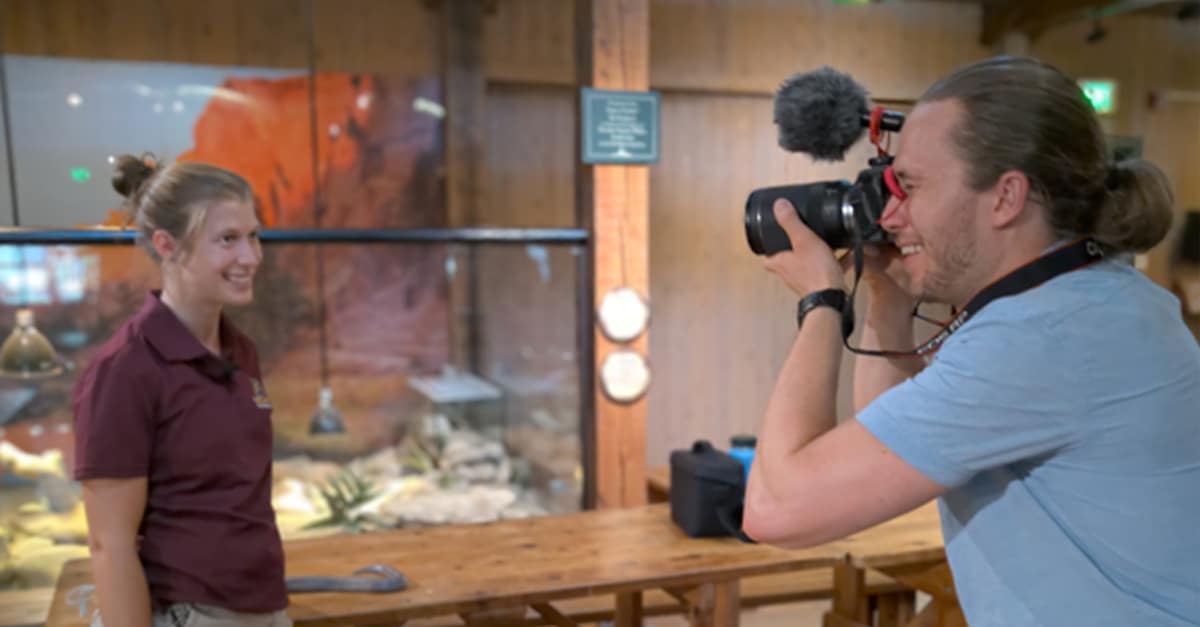 Turtle Bay TV might be the biggest Redding success story you’ve never heard. When the whole state locked down months ago, the gates to the gardens had to close, as well as the door to the museum, blocking the public not only from the art and science displays in the galleries, but access to the whole park just outside that back door.

Yet, happily, it turns out the public still has access to these Turtle Bay attractions. Not by pushing handles of doors touched by hundreds of random hands, nor by packing into themed rooms featuring interactive educational exhibits, but by kicking back at your computer at home, or calling up the internet on your phone from anywhere to access programming from all four corners of Turtle Bay Exploration Park.

Since April, staff have provided two distinct online routes of access to the treasures of Turtle Bay, according to Seth McGaha, marketing and public relations manager. “We have been busy producing high-production-value content, as well as candid live streaming on social media,” he says. The former is Turtle Bay TV, 22-minute clips on a variety of topics. Visitors may access this programming through the Turtle Bay website.

The second route is a series of short live streams directly to social media, organized and executed by the heads of departments in the park. Marketing specialist Ryan Odle says the Horticulture Department, Education, Exhibition and Animal Care do their own live segments, while Turtle Bay TV represents a more formal production, coordinating with these four department heads to include some content from each for every Turtle Bay TV video.

“Seth and I make a two-man film crew,” says Odle. “Even before the closure, it was already on our minds to do something like this. The closure just pushed that goal into high gear. We brought our park back to life virtually. We still entertain, still teach. People can still learn about animals.”

With only a digital camera equipped with microphones, Odle takes aim at animal trainer Rachel Skrobot inside the Mill House to demonstrate how easily his rig can capture a video session to be edited into an episode of Turtle Bay TV. Meanwhile, just outside the building, Animal Care live streams their individual public offering, an episode called “Animal Adventures sponsored by Cal Trout.”

On cell phone camera, Sharon Clay, curator of animal programs, introduces to social media the newest member of the Animal Care family, a five-week-old grey fox kit, a rescue found by and kept with people too long to safely return to the wild. Clay speaks without

a script, and in the familiar Turtle Bay delivery that encourages audience participation.

“She cannot be returned to the wild because she thinks humans are safe,” stresses Clay. “That’s not safe for her. Because if she comes running and jumps on the back of your child because she thinks they’re someone to play with, you might not be so friendly with this fox.” Moments later she identifies the grey fox as arboreal. “Question out there, what is arboreal?”

Two animal trainers with smartphones comprise the production team that interfaces with the live, online audience. Kyla Forester trains her phone’s camera on Clay; Skrobot watches the live feed on her phone for reactions from the public.

In this case, the first sight of the baby fox elicited expressions of “cute” – with hearts – and at least one squeal. Later, Skrobot relays the answer: “It means they’re comfortable in the trees.” In total, the stream lasts about 10 minutes.

Off camera, Clay speaks about another change Animal Care made to adapt to the lockdown. “A big one, we wear masks,” she says. “Some species have been shown to be susceptible to the coronavirus, so we have to be very careful. Our worst nightmare is to get the animals sick.”

Animal trainer Jonelle Meyer says much of the daily routine is like offseason. “Some of the animals are enjoying extra time with staff,” she says. “But some of the more personable ones miss our guests.” She notes that trainers can tell this by observing them during the shows. They’ve seen their kookaburra and badger both pay particular attention to the reactions they get from their audiences.

Without this stimulation, the animals’ nervous energy goes up, a behavioral trait that might sound familiar to readers facing a third month of shelter in place.

Marketing Specialist Odle sees Turtle Bay TV and the live showings as the best way for the public to keep in touch. “They could see that

even during the closure, Turtle Bay had so much going on,” he says. “They knew we were still active and eagerly waiting to open back up.”

Clay has received encouraging feedback about the streams from the public. “We’ve heard that some parents are using ‘Animal Adventures’ to teach their children at home school,” she says. “They say, ‘It’s exciting, fun and educational, and everyone should tune in.’”

Speaking for herself, she adds, “It’s worth your time.”•

Story and photo by Richard DuPertuis