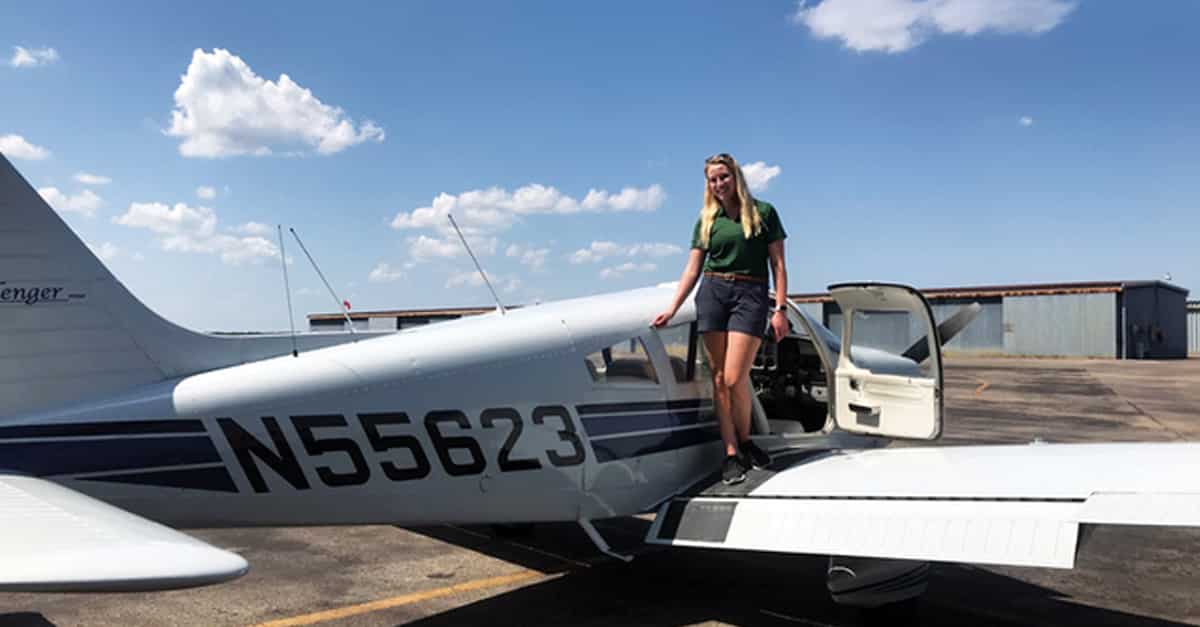 The Love of Flight

Just because it felt like a fun first thing to try, pre-med student Natalie Verhoog climbed aboard a small plane idling in Benton Airpark and lifted off into Redding’s summer sky. Of course, she brought along a flight instructor, who narrated to her everything he did in the cockpit, noting things like fuel, airspeed and how to set the angle of their bank. Then he turned the controls over to Verhoog, a young woman barely out of Redding Christian High School.

“Once we were up in the air, he let me!” she exclaims, still excited by the memory. “It was amazing. I did climbs, turns and descents. I just fell in love with it.” Summer break done, she jetted back to Baylor University in Waco, Texas, where she promptly changed her major to aviation sciences.

Today, Verhoog is a full-time flight instructor at Texas State Technical College, also in Waco, and an enthusiastic one. A typical work week for a flight instructor at the college serves about 10 students a day over a five-day week, from 8am to 7pm. But that’s not enough air time for her. “I added Saturdays. That’s a whole day, seven extra flight blocks,” she says. “Why? Because I love my job.”

A good part of time her job involves introducing a first-time flyer to the small-plane experience. “It’s called a discovery flight,” she explains. “Everything is done manually. You show them how to use instruments – like for time and fuel, direction, distance. After that, it’s basic stick-and-rudder skills.”

She shows someone who’s never flown in a small plane before how to hand-fly one. Then, some thousands of feet in the air, Verhoog hands control of the plane over to this person. She guides them through holding an altitude. She talks them through descending at a constant air speed. She introduces them to basic maneuvers, like 360-degree turns banked 45 degrees, and some maneuvers mandated by the FFA, should one desire to go for a pilot’s license.

“A discovery flight is designed to share the joy of flight. As a flight instructor, my job is not only to teach, but keep complete control,” she says. “I keep the student in a safe little bubble, so they don’t have to worry about anything going wrong, so they can concentrate on working the controls. I keep it light-hearted, calm. But safe. I take this as a great responsibility.”

During this flight, Verhoog watches her student closely, for a discovery flight is like a test on the first day of lessons. She wants to make sure that this person really, really wants to fly. Not all do. And she will remove from a lesson plan anyone who doesn’t look like they are going to fit well into a small cockpit. Not everyone, she knows, is born to be a pilot.

But Mom sure can.

“She loved the Redding Air Show, beginning when she was nearly out of diapers – loved the noise, the speed,” recalls Kelley Verhoog, then says with a laugh, “She’d be out there jumping up and down with excitement, while all the other two-year-olds had their hands clasped over their ears and crying.”

She also noticed a personality trait that she recognized later as an indicator that her daughter was meant to be a pilot. “It was her perseverance when she put her mind to something. Like one day she decided to dribble a basketball. Well, a two-year-old can’t dribble a basketball. But she tried and she failed. Every day she tried again. You know, I think it was the sixth day, Natalie dribbled that basketball.”

Mother Verhoog wasn’t exactly thrilled when Natalie took to the sky. “I was scared to death of flight school,” she says. “But she was so excited, what could I do?” Then came the day Natalie persevered to take Mom on her own discovery flight. “I was scared to fly with her,” she says. “But that’s a mother’s job, encouraging their children, right? I went into the plane.”

She was surprised how quickly her fears eased. “Watching her attention to the pre-flight check, the way she just knew everything, I was blown away,” she says. “She was so calm, cool, collected – in control.” And as Natalie had on so many other discovery flights, she guided her student through the instruments, explained the controls and, of course, offered her mother a chance to fly.

“I was very nervous and I was shaking a little, but I had learned so much about flying by then – from her talking about it for two years – that as she talked me through it she made me feel pretty comfortable,” she says. “It was the most beautiful experience. I had complete confidence in her.” On her discovery flight, Kelley Verhoog flew a small plane from Waco, Texas to McGregor for a touch down (Natalie’s work) and back again. After handing the controls back to the instructor, 7,000 feet in the air, she snapped a selfie to commemorate.

The younger Verhoog looks back in pride at all she has accomplished in such a short time, but is in no rush to push further. “It took me two years exactly to go from someone who’s never been in a cockpit to flight instructor,” she beams. “Sure, there’s something magic about the uniform and the hat and wheeling a suitcase through the airport, but I’m keeping my options open. Maybe.”

And what of Mom’s transformation after her discovery flight? Did she fall in love with flying? Can she not wait until she’s once again lifted skyward, seated at the controls, stick in hand, ready to fly anywhere six hours of fuel will take her?

“No,” she declares. “Not unless Natalie is the pilot.” 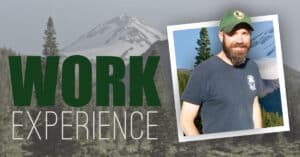