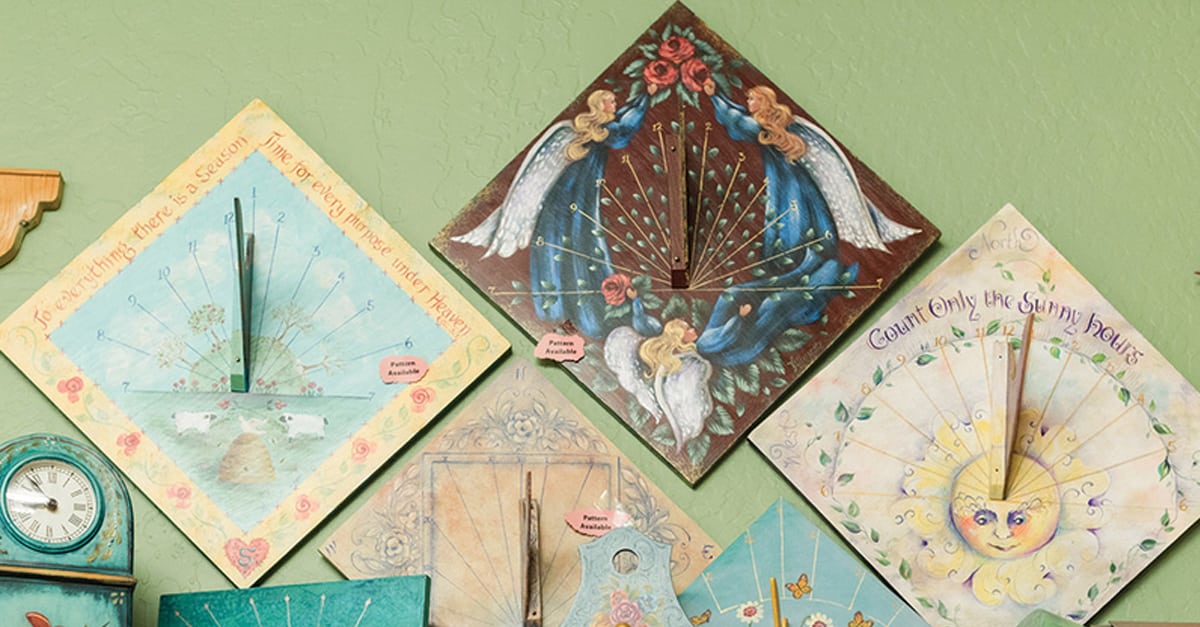 The Art in Embracing Community…

Vicki allwardt isn’t having it with anyone who says they can’t paint.

“It’s a teachable craft,” she says. “It’s very teachable. You just start with the basics and go right on to fine art.”

Allwardt is a beloved teacher of decorative painting in Red Bluff and is known internationally for her work. She, like many of her students, was once an absolute beginner, and remembers her first class as a student in 1981. “When I came to this painting thing I couldn’t quite get it,” she says. “Now I know why – the wrong brushes and the paints were bad.”

Vicki and her husband of 53 years, Dennis, have developed an arts-based business called Folk Hearts from their home studio and are busy creating and teaching, with an emphasis on folk art styles, and are a power couple as promoters of art in Tehama County. Dennis sits on the Tehama County Arts Council and both he and Vicki are active in the Red Bluff Art Association. Vicki provides live instruction and develops designs and instructions for folk art projects that are sought after throughout the international decorative art community.

“Decorative painting is usually on something functional,” says Vicki. “Its basis is more functional. I like clocks and I like boxes. I’ve done a lot of sundials and a lot of clocks because it’s my desire to control time.” The painting can be done on any surface, from glass, to tin, silver, silk and wood. “Wood’s the easiest,” she adds.

Dennis and Vicki championed development of the Open Studio Tehama Tour, which celebrated its fifth anniversary in December. “It’s something I’ve always wanted to do,” says Vicki. The Folk Hearts studio is a popular stop on the tour, with the often-whimsical styling of the couple evoking smiles from guests. “I call my stuff Old Crow Embellishments,” says Dennis.

A retired Red Bluff High School English teacher, he says, “I started out doing primitive folk art and we’d go to craft fairs and set up tents for many years.” The couple no longer do the craft fair circuit but are frequent exhibitors at the Main Event Gallery in downtown Red Bluff.  Dennis is now drawn to painting canvases with acrylics and watercolors and says, “Generally, I like some sort of architectural feature.”

Vicki’s unwavering sense that anyone can learn to paint has gained her a following. “Some of my students have been with me for decades,” she says. “Every one of them could do fine at home. There’s something about if you have an appointment to go to class, though. It’s a time when you can get something done. One person says she comes for therapy.”

Karen Crockett of Dairyville is one of Vicki’s longtime students and estimates she’s completed 25 or 30 pieces under her instruction. Among the treasured projects are an Italian tilt-top table on which she painted a spray of flowers, a tea set she adorned with pansies, and a bentwood box on which she painted a lace doily. “Every piece I’ve done has required some input from her,” she says of Vicki. “I know she has helped me see light and dark much more clearly, and as a result I’ve painted some pieces that are above my pay grade. Or so I thought.”

When not engaged in artistic endeavors, the couple brings creative thinking to Homes of Hope, a nonprofit organization supporting survivors of domestic violence. Vicki is a member of the Tehama County Grand Jury. They love giving back to the community in which they grew up, met, married and created a life together with two adopted children. “The only thing there used to be to do in Red Bluff was drag Main,” Vicki says with a laugh, telling the story of how she met Dennis as a teenager. “We met at the Cream King.”

These days, drag racing is no longer a weekly event and the options of things to do have expanded, thanks in part to the Allwardts’ commitment to sharing the arts. Of art, Vicki says, “Everybody has the ability and they really should try it. They should find the form they really love. You can relax and grow and heal. You can heal on the right side of the brain. You can quote me on that.” •