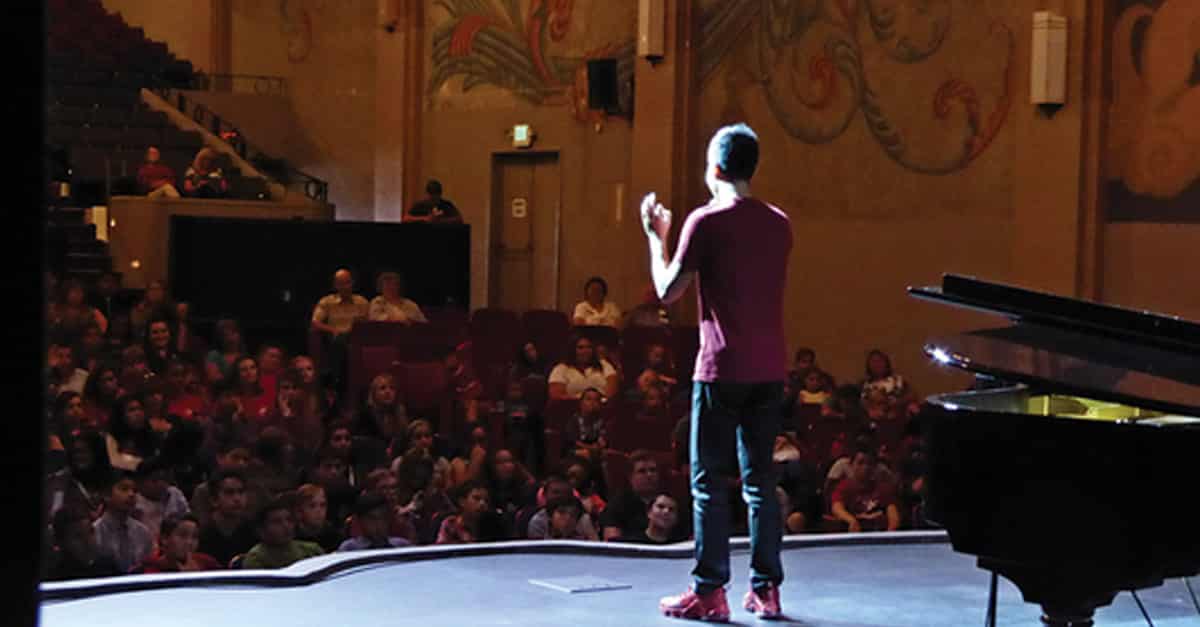 The performing arts wave hit in the 1920s, with radio, film and phonography giving millions of Americans access to professional quality shows and programs. As people’s interest in live music and performances grew, the audiences backing the arts were mainly confined to larger cities, leaving smaller cities with scarce support for hosting equally matched quality shows and concerts.

The community concert model swept in as the solution, allowing smaller locales to provide first-class live entertainment to audiences on a membership basis. Tehama County joined the movement in 1938 and raised majority of its funds through membership subscriptions well into the late 1990s. Today, the Tehama County Community Concert Association, also known as the Tehama Concert Series, continues to raise funds through its annual membership drive each spring.

Each season includes five to seven live concerts throughout the fall and spring, held at the State Theatre for the Arts in Red Bluff. Every year, the concert association’s directors attend a three-day conference that showcases more than 100 artists and acts from which they choose the entertainment lineup for the next concert season.

With the mission to present first-class live concerts in Tehama County and improve music education for local students, the association tries to book artists who are willing to perform a student outreach event in addition to their evening concert. This provides Tehama schools with a free, fun and educational opportunity for students.

Over the years, the association has fostered an ongoing relationship with the North State Symphony. With members from the association who also support the State Theatre and the North State Symphony, it simply made sense to pair the two and offer symphony concerts for members, as well as an outreach concert for Tehama students, such as their annual Dr. Marvin Locke Memorial Youth Concert for fifth-graders. Every school in the county is invited to attend the event, which features the North State Symphony. Last year’s event hosted so many attendees that the symphony had to perform twice, benefitting nearly every fifth-grader in the county with a memorable experience. •