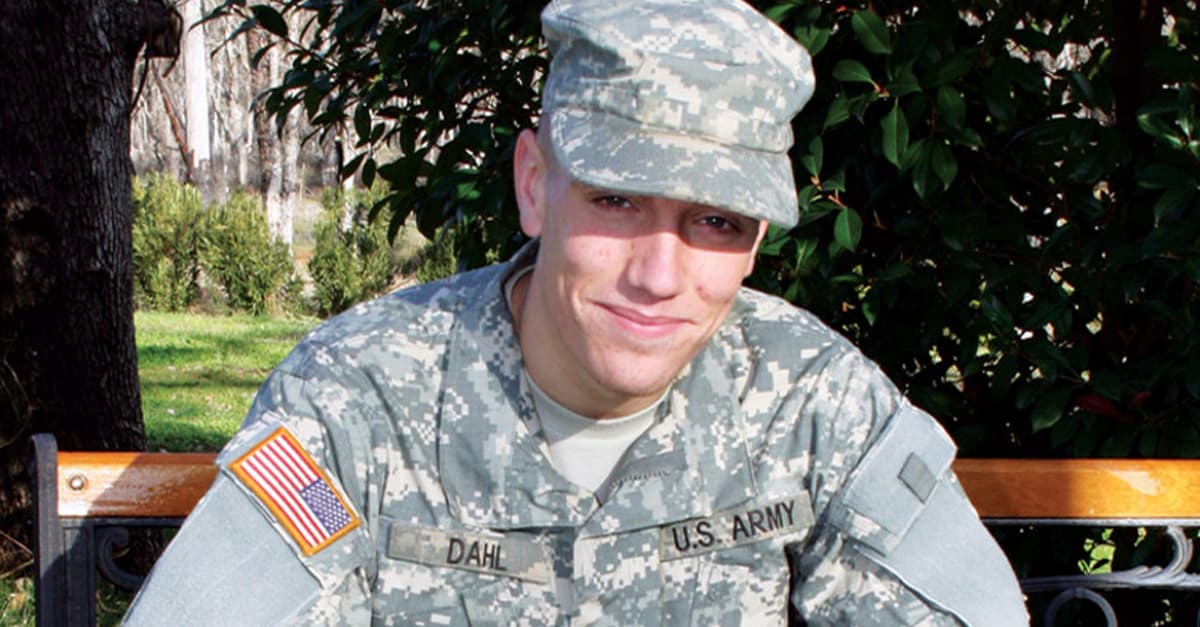 Nicholas Dahl was an Army veteran who served in Iraq in 2008, where he spent 14 months as a skilled combat soldier, earning the Combat Infantry Badge, Iraq Campaign Medal with two campaign stars, Global War on Terrorism Service Medal and the Army Achievement Medal.

He returned to Redding in 2010 with an honorable discharge. As many veterans do, Nick suffered from Post-Traumatic Stress Disorder (PTSD), traumatic brain injury and other medical issues. With a new battle to face, the Dahl family repeatedly tried to get Nick admitted into residential treatment programs, but they were told that Nick’s PTSD was too severe for these programs.

Due to complications associated with PTSD and traumatic brain injury, Nick’s internal battle came to an end on October 14, 2014, when he died at age 25. After the loss of their son, the Dahls refocused their grief into helping others like him.

“The tragic death of our son was devastating. He was a combat hero to us. He fought for his country in Iraq, and in our view, after returning, he died for his country,” says Nick’s father, Mike Dahl, who is also a veteran, having served two tours in Vietnam as a U.S. Marine.  The Dahls’ eldest son, Matt, served two tours as a Marine in Iraq, and their youngest son, Brad, currently serves as a Marine not far from where his brother Nick served in the Army.

“Despite the heartbreaking loss, our family is resilient,” Dahl continues.  He credits Nick’s mother, Pam, as the driving force behind the Nick Dahl Memorial Veterans Fund. “Pam was able to redirect her emotional agony from grieving to giving. She was the inspiration and architect of our family charity. She still grieves, especially on holidays and Nick’s birthday. The void can never be filled. But she continues to give. Her strength is an inspiration to anyone who has experienced loss.”

The Nick Dahl Memorial Veterans Fund’s mission is to support homeless veterans in need of community support.  Since its first fundraiser in 2016, the Redding nonprofit has been successful in sponsoring housing for 46 veterans, giving them a fresh start at the Redding Veterans Resource Center’s transitional living facility on Park Marina Drive. In getting veterans off the streets and into stable housing, many are able to establish fundamental VA medical care, enroll in college, find jobs or transition into their own housing.

Nick left behind a son who he was never able to meet or raise, and the Dahl family hopes to help provide veterans with the support and treatment they need to have a stable home, raise their children and grow old.

Military service is part of the Dahl family legacy, which deepens their sentiment for supporting local veterans. This is why, in addition to their efforts, they implemented a Student Veterans Emergency Scholarship Fund in 2018 to assist Shasta College veterans with emergency expenses.

“My son Nick Dahl is one of my heroes. So is his mother Pam,” Mike shares. “We honor Nick’s legacy by serving our veterans in need. They served us. It is now our turn to serve them.” •