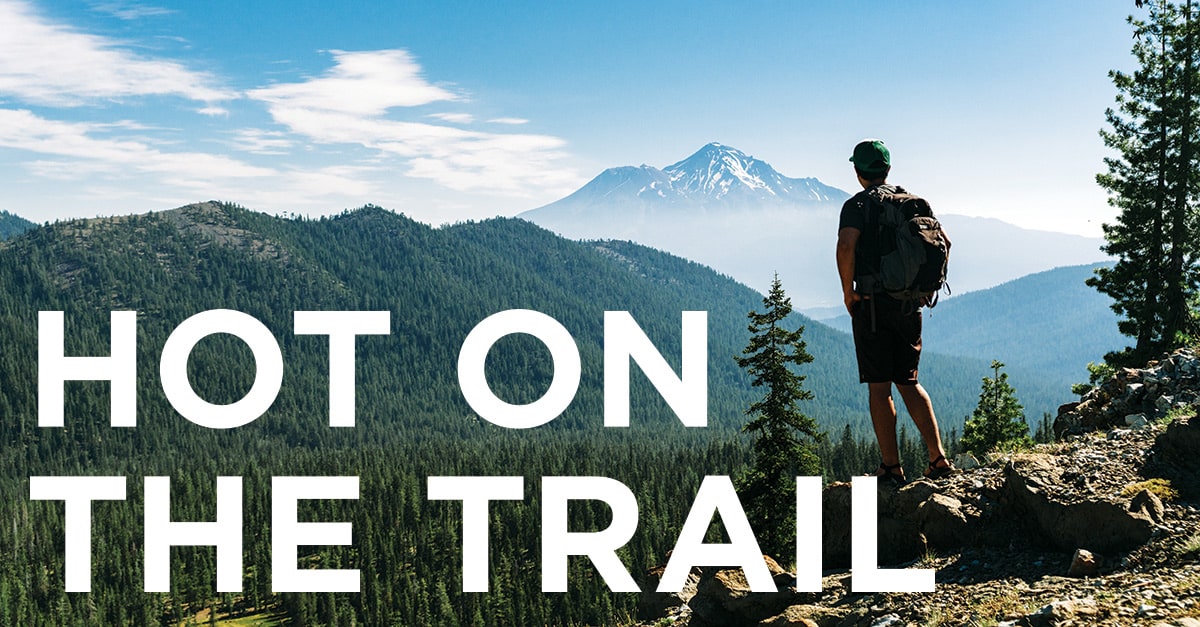 For 2,650 miles, the Pacific Crest Trail weaves from the border of Mexico to Canada. Some 7,000 hikers trek the path each year, with a through-hike often considered a lifetime achievement. In the section that stretches through Siskiyou County, hikers are rewarded with some of Northern California’s best scenery, including picturesque alpine lakes and jaw-dropping views of Castle Crags State Park and majestic Mt. Shasta. But it’s Siskiyou County’s quaint little towns that have become almost as well-known as the journey itself, referred to as some of the friendliest towns on the trail. They provide places to shower, rest, wash clothes and resupply. They also feature great restaurants where hikers can down a 4,000-calorie breakfast and pour back some locally crafted beers. “Hikers’ needs are specific. Is there good food? Is the community walkable? Are accommodations friendly?” explains Kory Hayden, a member of the Etna Beautification Project who has been working to make her community’s downtown more appealing to hikers and visitors alike.

Most through-hikers begin their journey in the south and make their way north to Canada. That makes the small community of Dunsmuir the first of Siskiyou’s “friendly towns.” Dramatically situated in a canyon with Castle Crags as a skyline, Dunsmuir is a charming railroad town with lots of great food and lodging that has been a go-to stop for hikers for a long time. Local lodges have been known to give rides to Pacific Crest Trail hikers when possible, and Dunsmuir’s status as a local foodie destination gives hikers plenty of satisfying choices to refuel. The next main hiker stop is typically Mount Shasta. No other mountain dominates the Pacific Crest Trail the way Mt. Shasta does, so it’s no surprise that the city of Mount Shasta was crowned the first official Trail Town of the Pacific Crest Trail in 2018 as part of the commemoration of the 50th anniversary of the National Trails System Act. “The goal was to increase awareness and support of the Pacific Crest Trail and its connection to Mount Shasta, as well as promote quality of life for residents,” explains former mayor Kathy Morter, who was instrumental in getting the designation with the Pacific Crest Trail Association. As one of the largest communities in Siskiyou, there is an abundance of eateries, lodging and grocery stores, as well as outdoor shops where hikers can buy supplies. For hikers, it’s a perfect fit. “Mt. Shasta has a fun vibe and a community of outdoor recreation lovers,” notes Morter.

The next main stop heading north is the community of Etna, a three- to four-day hike from Mt. Shasta. “It’s wildly circulated that Etna is the jackpot of PCT Trail Towns. There are cold beers and several restaurants with good food. Plus, coming off the mountain into Etna is like walking into a European village,” says Hayden. In recent years, Etna has gone so far as to add showers and lockers to the city park where camping is available.

Even the high school gets in on the action, with the computer graphics class designing a unique patch for hikers each year. “The City of Etna approached me four years ago and asked if I’d be interested in designing a patch, so I jumped on the opportunity to give my students a way to build their portfolios,” explains Lynn Karpinski, the graphics teacher at the high school. “The travel patch project is one of the most popular projects and is quite a process. Students have to research the area and hikers’ experiences to determine what imagery the hikers would like. The class gets pretty competitive.” A longtime resident of Etna, Karpinski’s personal feelings also seem to echo what many Siskiyou County residents feel. “We love the PCT hikers. The community is very open to the ‘PCT season,’ and we always know when July is here because the hikers begin trickling in. We all enjoy hearing their stories along the trail.”

The final main stop in Siskiyou is a tromp through the tiny community of Seiad. Located near Happy Camp and close to the mighty Klamath River, Seiad has the singular charm that every through-hiker on the trail actually has to pass straight through the little enclave of buildings that make up the community. One of those buildings is the Seiad post office – a convenient resupply point. Another is the Seiad Café, home of the infamous pancake challenge once featured on the Food Network. For the hungriest of hikers, the challenge is to eat five giant pancakes to get a free meal. Sounds easy until hikers get a glimpse of the spatula hanging on the wall.

While each community has its own unique flair, Hayden is adamant about the incredible value of hikers coming through all of Siskiyou’s small communities. “PCT hikers bring such interest to our towns. It feels like celebrities visiting, and I’m sure I speak for many when I say we are privileged to be a part of the PCT trail experience.”• 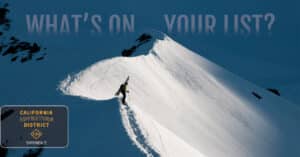 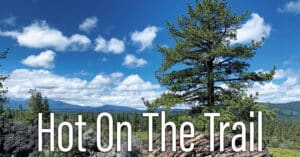