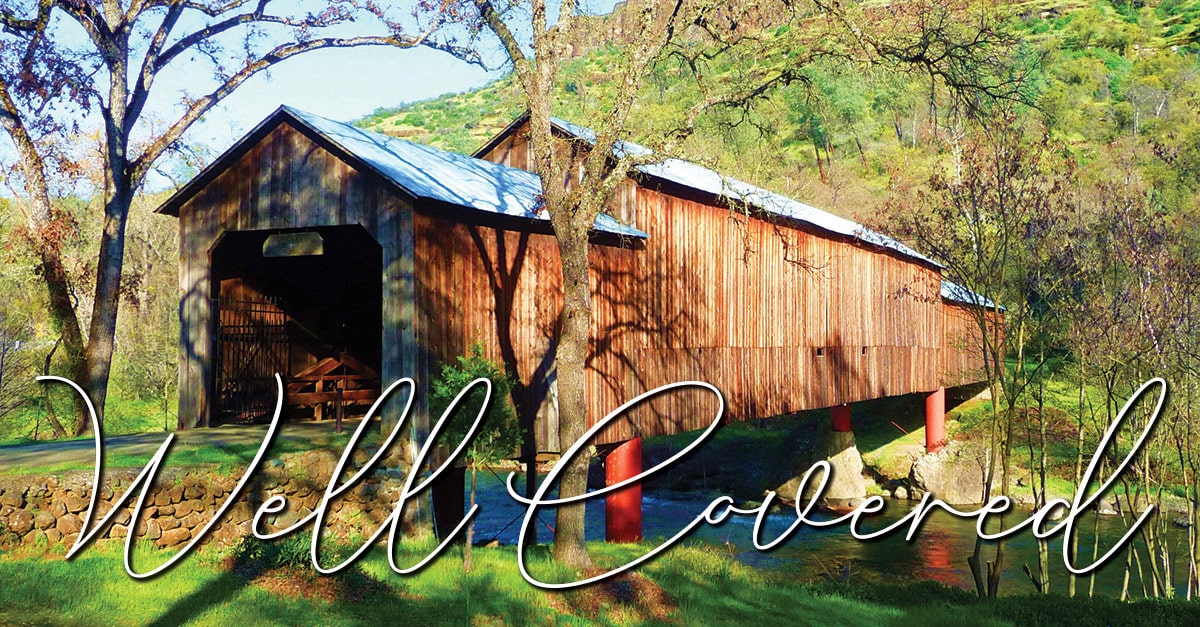 Flames lashed out and licked the timbers of the Honey Run Covered Bridge. Smoke billowed up the sides and engulfed the interior. The fire crackled and consumed everything it touched. November 8, 2018, marks the date the Honey Run Covered Bridge went up in smoke. The standing pillar remnants are all that remain. The bridge and the devastation that the fire brought with it affected an entire community and forever changed history.

The discovery of gold in Butte County led to construction of the bridge in 1886 by the American Bridge and Building Company of San Francisco. This route connected Butte Creek Canyon to the Paradise Ridge. Many years later, the county built a new bridge upstream and planned to tear down the old bridge. Residents wanted to preserve the history and formed the Honey Run Covered Bridge Association. The bridge then served as a pedestrian crossing.

The 238-foot-long, three-span Pratt-style truss bridge was the only one like it in the United States. It was unusual due to its three unequal spans and because the center was higher than the two sides. Ponderosa Pine and iron rods were used for construction along with wooden beams covered with sheet metal. It sat atop twin cylindrical concrete-filled metal piers. Viewed as a historical icon, it was listed on the National Register of Historic Places.

While people grieve for the loss, hope still thrives. The task of rebuilding is a coordinated effort and includes fundraising, acquiring permits and construction. The Honey Run Covered Bridge Association continues to rebuild a near-exact replica, except for a few engineering changes to the foundation. It was discovered that the pillars on the north side went down just over a foot into the creek bed. “It was astonishing that the bridge stood all that time,” said Walt Schafer, vice president of the association. The new bridge will have pillars 41 feet deep. Butte County transferred bridge ownership to the association in October 2020, and the association now has the responsibility to rebuild the bridge with private donations. It has raised $1.1 million of the $2.9 million total cost, and construction is scheduled to be completed in 2022.

Schafer, a longtime resident of Butte Creek Canyon, oversees the project and described the bridge as “a 131-year-old true icon of this region. The restoration of the bridge has been a mission of the association since the events of the fire.”

In response to fundraising, the Honey Run Covered Bridge Association will host a golf tournament at Bailey Creek Golf Course in Lake Almanor on Saturday, August 7. The golf tournament is open to all levels of golfers. For those who do not play golf, dinner-only tickets will be available for purchase. The day includes drinks, raffle/auction prizes and entertainment. All proceeds will be used for the reconstruction of the bridge and the preservation of the park. 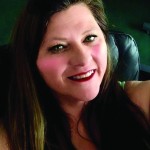 with a passion for story-telling and a love of words, has been pursuing her dream that encompasses adventure and community connections. She grew up in the North State and adores the outdoors, which brings her inspiration and recharges her batteries. She is avid about holistic health. christyswordcraft@gmail.com.