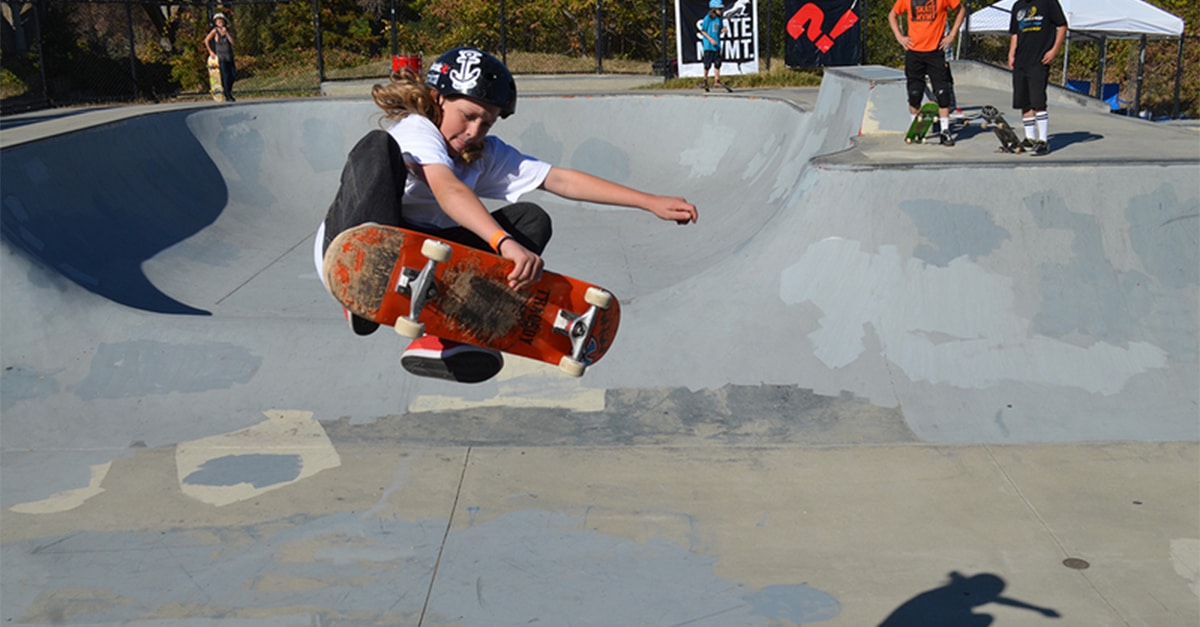 The State of Skate

The skateboarding scene in the North State…

It doesn’t matter if it’s the Dogtown culture of 1970s Santa Monica or the blistering heat at the Redding or Anderson skate parks, there’s a kinship for those who roll, grind and kick flip on a skateboard. “It’s hard to explain. Money, age, nationality, none of that matters,” says lifelong skateboarder Bob Buckalew. “You just have to skate, want to get better and you’re in. If you don’t skate, you don’t get it. It’s more than a sport.”

And unlike the sometimes-public perception of skate punks trashing and thrashing on public sidewalks, railing and anything that looks enticing, Buckalew says the skate community is welcoming, generous and inclusive. When he lost his Keswick house in the Carr Fire, Buckalew says the skate community was among the first to reach out and help his family after the blaze. “The skating community was amazing,” he says. “I got donations from people I’d never met, but knew me through the skating scene.”

Buckalew, a landscaper by trade, skates with his two sons, Shane and Luke, up and down the I-5 corridor. From premiere parks in Oregon to newly renovated ones in Mount Shasta, Corning and Chico, Buckalew says it’s worth the journey to find a great place to ride.

But soon he and other North State skaters won’t necessarily have to take that summer sojourn in search of the perfect bowl. That’s because Buckalew, Brian Harris and others involved with Skate Movement, a local collection of skaters, teamed with the city of Redding to secure a portion of a state parks bond to upgrade the facilities in Caldwell Park, including the bowls in front of the Redding Aquatic Center.

“There was about $600 million available and we applied for Round 1, focusing on Caldwell Park,” says Travis Menne, a community project manager with the city. “Skate parks have evolved since ours was built. It’s a functioning park, not falling apart, but standards have improved. You don’t get a lot of shots at a project like this and we want to make sure this one lasts another 25-30 years.”

Built in the late 1990s, the Redding Skate Park is ancient, and, honestly, Buckalew says “about a 3 on a 10 scale.” Harris, a longtime teacher in Redding, says Skate Movement worked to raise money through its North State Skate Series – along with contributions from the local BMX community – to have conceptual plans rendered for the updated skate park by world-renowned Dream Land from Oregon.

“We knew Redding needed an update,” Harris says, adding he spent a week in Oregon in late July on a trip whose itinerary centered on skate park stops. “For me, skate parks are the nucleus of my trips.”

Harris, who played traditional sports in high school and coached them as a teacher, says skating is an activity that isn’t limited by age or time constraints. “I can tailor my skating to what I want,” he says. “I can go before or after work. It’s an amazing thing that it’s a lifelong activity. For me, it’s something that I can do as an adult, teacher, parent. Not to mention the connections I make through skating. People of all ages and walks of life. There’s just a camaraderie.”

Menne says the public-nonprofit partnership was essential in the city being awarded the grant, which Harris says will pump $1.2 million into a renovation and addition on the existing facility. “We leaned on them (Skate Movement) as experts in their field,” Menne says. “It was the key to the grant.” The plans call for street facilities on one side with vert on the other, and the 36,000-square-foot project could be complete by summer 2021.

“They kept the flow,” he says. “I think this is one more piece to put Redding on the map. We’ve got bike trails, a BMX park, the Sundial Bridge, a cool downtown and now we’re going to have this premiere facility off I-5 and in a great location right near the river.”

Buckalew says having the updated park will allow skaters of all ages to continue honing their skills and perhaps see more North State kids progress in the sport. “It doesn’t matter if you’re my age or 14, if you can skate, you’re an equal. You’re accepted,” he says.