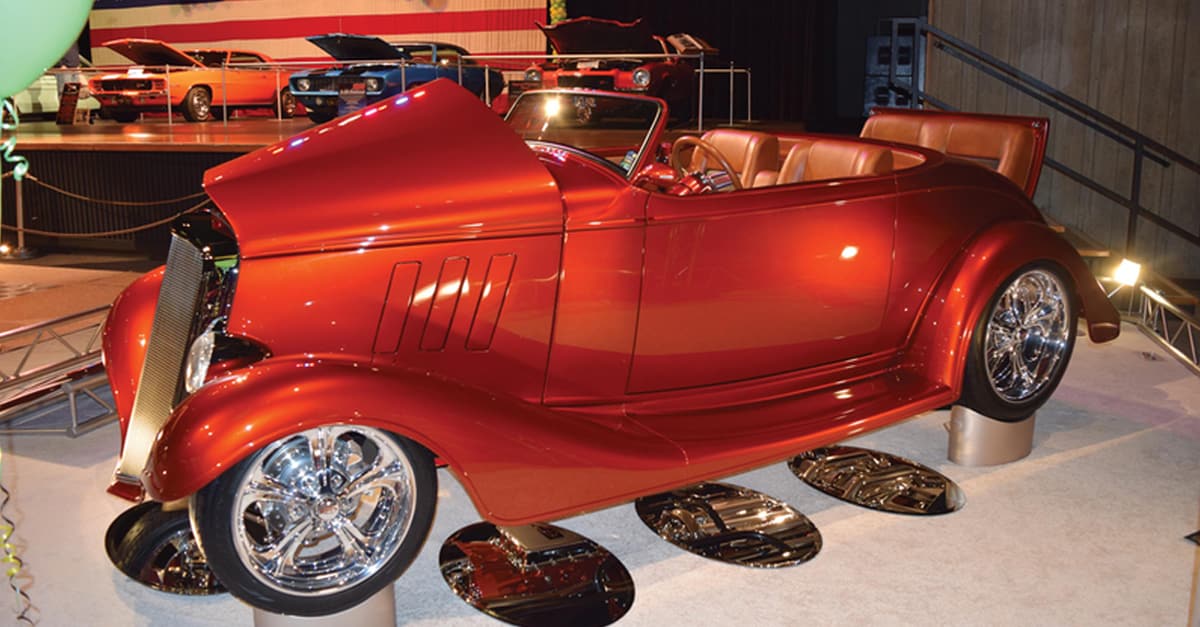 Oh What a Nite…

It’s April in Redding, and you know what that means – here comes Kool April Nites. We’re talking an eight-day extravaganza celebrating automobiles – show and shines, live music, an old-fashioned street cruise and an all-day car show at the Redding Civic Auditorium, capped by the awards ceremony.

Kool April Nites’ board of directors has organized and executed this massive event every year for most of the past 30 years. One little-known fact about Kool April Nites, according to Board President Debra Fox, is that the entire event is a not-for-profit presentation, at least for not for profiting Kool April Nites. All of those entry fees, ticket revenues and raffle dollars go back to the community. “We have no employees. We need 450 to 500 volunteers to pull this off,” she says. “The board members don’t get paid. We all have full-time jobs.”

Back to the community, in this case, means grants split among some two dozen North State organizations dedicated to bettering the lives of children. Among these are schools, academic programs, law enforcement and military youth programs, a court assistance program, Boy Scouts Troop 125 and Turtle Bay Exploration Park and Arboretum. To date, Kool April Nites has raised and distributed funds reaching a total just shy of a kool $1 million.

And look at all you get for your contribution. Beginning Saturday, April 18, dozens of show and shines appear all over the region, where owners line up their prized automotive classics, pop the hoods and invite thousands of car enthusiasts to salivate. Many of the offerings are amateur projects, an owner’s daily drive lovingly restored to original. But you’ll find some rad mods out there, too, gems like last year’s ‘59 Caddy, ‘48 Buick Roadmaster and ‘37 Ford Roadster, named “Venom.”

The final three Kool April Nites build to a crescendo, revving up Friday, April 24 with The Cruise, as much fun for the throngs of spectators as it is for the registered drivers, who parade their prized rides through Redding. Sponsors Director Jennifer Fontana says some businesses along the route hold their own mini-events, such as beer bargains, prize giveaways or live music performances by local bands.

And be prepared for crowds. “The whole town kind of stops,” Fontana explains. “Every hotel, every restaurant fills up. A lot of people come in from out of town. Last year we had almost 1,200 out-of-town registrants, so it brings in millions of dollars of business for the city.”

Saturday it’s the Big Show, where 2,000 cars line up at the Civic Auditorium and many, many more locals and out-of-towners flow in at the gate to see them. Inside you will find the classics, the specialty cars, with the rest outside on the grass, mixed with motor-headed vendors and food booths and the last of three days of live music sets.

Sunday, for the finale, it’s back to the auditorium for the awards ceremony, where approximately 100 prizes are announced. “Our categories can vary from air-cooled to VWs to slick sled to hottest Mustang – we even have one named ‘Hot Hot Hot,’” says Awards Director Ryan Dorosz. “It is just fun categories.”

All three of these Kool April Nites board members know something about fun with cars. Dorosz, the latecomer of this trio, first heard about the big car week in Redding when he enrolled at Shasta College. He entered his 1969 Camaro, which holds a special meaning for him.

“I have such a passion for muscle cars,” he says, looking back to his high school days. “Classic cars are very personal to me. My dad and I worked on them every weekend together. It brought us very close in our relationship. I enjoyed spending time with him, plus having the goal of imagining what this car was going to be when it was finished.”

Fontana and Fox both grew up with Kool April Nites. Fontana trekked in from Trinity County with her family when a little girl; her first memories of the event are of candy being tossed her way during The Cruise. For Fox, it was a hometown happening. “My father built his first roadster when he was 14,” she recalls. “We had hot rods and classic cars in our garage all my life.”

All three also see their volunteer involvement as board members as a way of giving back to the organization that brought them so much joy. And they strive to keep Kool April Nites running the way it has always run, with a nod to all the hard work of the boards before them.

Kool April Nites debuted in Redding in 1989. After seeing a car show in Oakland, five friends put their heads together to figure out how to make it happen here, recalls Barbara Harrison, wife of Randy Harrison, one of those guys. “At first, it was only one weekend. We sold tickets out of a flatbed truck in the Civic Auditorium parking lot,” she says. “That first show we had 142 cars.”

Harrison retired from the board last year, after 10 years of service. Fox, who’s been pitching in for nine years, has served on the board for four. As president, she says she wants to emphasize how Kool April Nites gives to youth in the community beyond grants to their support organizations.

“The youth of today, they are the ones who are going to inherit these cars. They need the knowledge and the background of these cars,” she says. “We are trying to give them the love of rebuilding these cars, and it’s catching on. Kids are getting excited about doing this again.”